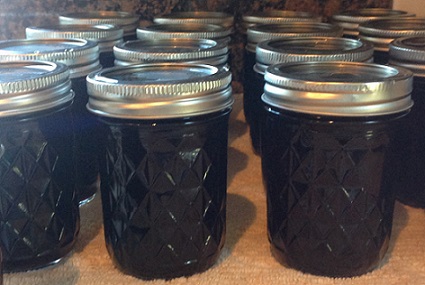 I’m an avid reader and it seems nearly everyone in my family is.  A set of historical fiction novels I love feature a character who is a historian.  He is a noted professor of History and recognized by his colleagues for groundbreaking research on a specific period of history.  This character is the author of many award-winning books, but for some reason, his family NEVER reads his books!  As I read these novels, I’m constantly saying to myself, “Why don’t you just READ Frank’s book!  It probably tells you the answer.” Recently,  I heard my ancestors saying almost the same thing to me.  “Just read what you have.”

Out came the documents I had gathered decades ago to review.  I was quite certain I remembered everything about them.  They offered no new information,  but I was wrong. I pulled out a document for the marriage of my 3rd great-grandparents who were born in the 1820s in Germany.  I knew they had been married when they reached the shores of the United States.  The 1850, 1860 and 1870 US census showed them with their children.  Why did I have another marriage license for them dated 1887? 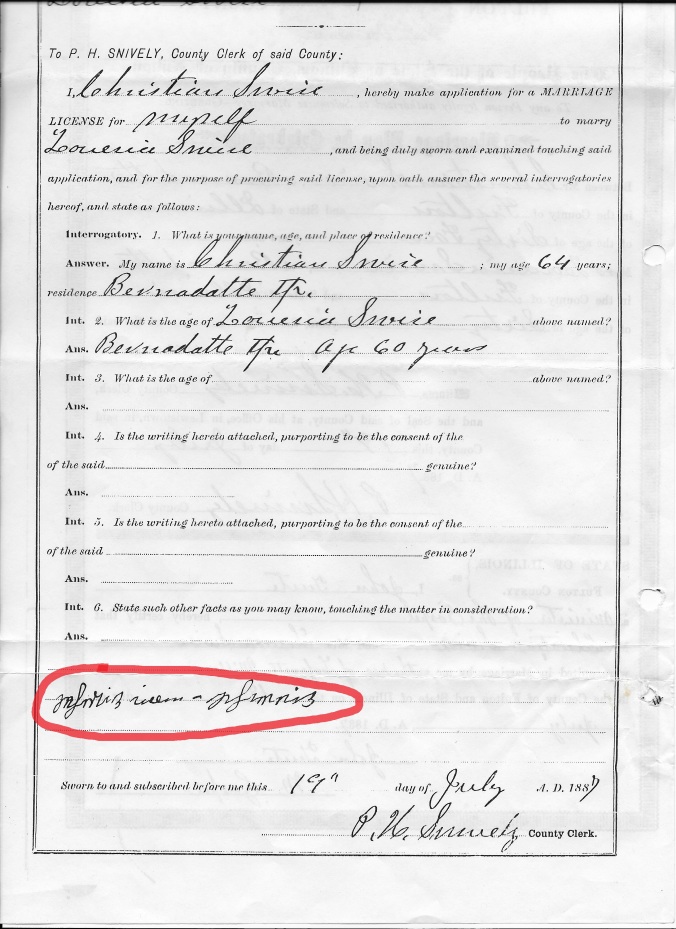 A quick message to another family genealogist brought the answer and a fascinating story with it!  What I had was the SECOND marriage license of my great-grandparents.  They were married in Germany when they came to the United States, but somewhere along the line and many children later, something happened and they divorced!  What?  Divorced?  My cousin had tracked down the court proceedings from their December 1886 divorce in all its legalese.  After the dissolution of the marriage, Louisa asked for the following items in the divorce decree: 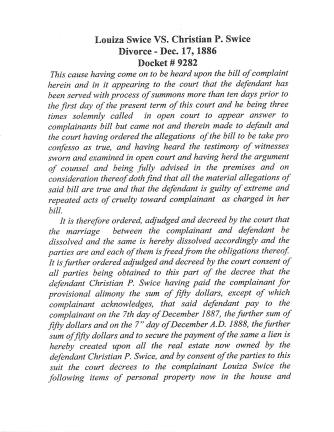 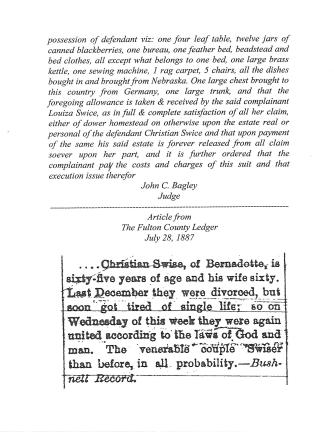 That was it!  I could understand the frustration of Louisa’s situation when she DEMANDED the canned blackberries back….all 12 jars!  She had probably collected them, canned them, protected them and looked forward to making a pie with them.  She WANTED THOSE blackberries come Hell or high water!  Something had happened between them and snap, the demand for blackberries was the result!

You’re no doubt saying, “Well, they divorced, but what about the second marriage license?”  It seems to fill in the blanks of the rest of the story.

….Christian Swise, of Bernadotte, is sixty-five years of age and his wife sixty.  Last December they divorced, but soon got tired of single life; so on Wednesday of this week they were again united according to the laws of God and man.  The venerable couple Swiser than before, in all probability.