I’ve fallen in love with Lin-Manuel Miranda’s Broadway musical, “Hamilton”.  Something about it speaks to me as a historian, genealogist, family story collector.  Driving by the city cemetery today, I was listening to one of the final songs in the musical sung by Phillipa Soo who portrays Elizabeth Schuyler Hamilton.  She’s singing about Alexander Hamilton’s legacy and how she kept it alive.  When addressing her own life, she sings:

And when my time is up Have I done enough? Will they tell my story?

Who lives, Who dies, Who tells your story.

Hamilton was a prolific writer and the musical uses the quote, “You really do write like you are running out of time.”  Much of what we know about him is from first-person letters he wrote.  Author Ron Chernow who wrote about Hamilton believes Eliza (Elizabeth) destroyed many of her letters to Hamilton due to personal strife, but she outlived him by 50 years and still was able to tell their story.

To me, nothing is as interesting as real life stories.  Irony abounds, love prevails and we are drawn closer to someone we may not ever be able to meet, yet we understand their soul.

We need to write down our legacies, our stories.  I’m very lucky to have so many first person stories of my family.  I have books about the Salmans family of Kansas, the France family of Pennsylvania, the Hulveys, Whites, and Sheets and copies of documents from the Civil War.  Someone was smart enough to write down their stories. 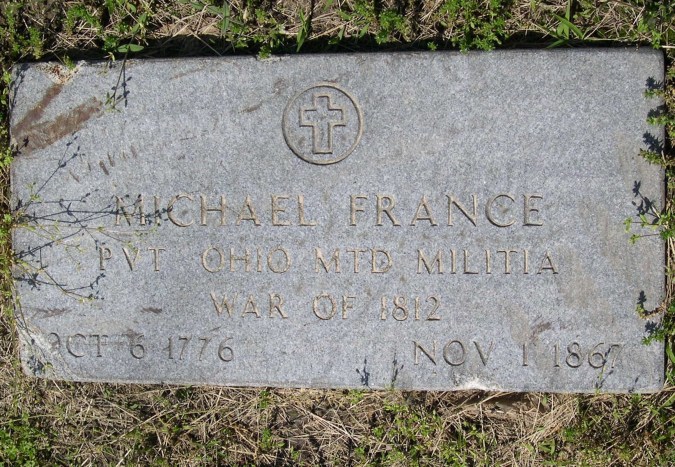 I have other ancestors where I have only a photo of them, some census information and a note or two about something that happened in their lives.  It’s my job, as a writer and historian, to uncover these stories and find out more about these relatives.

My 2nd great grandfather, August Yess, came to the United States prior to 1855.  I know he lived in Peoria, IL as there are many documents about his life there.  However, I don’t know what the correct spelling of his last name really was.  You see, I actually studied the German language for one year just to try to understand what the correct spelling of “Yess” is.  Over the years people have suggested, “Gess, Goess, Jess” and many others.  In German the “yuh” sound comes from the letter J, not Y.  Somewhere along the line, someone unsure of the German spelling simply wrote what the name sounded like and thus the difficulty in finding him in Prussia.   I’ll find the information someday and I’ll tell more of his story.

I spent a lot of time as a young adult putting together information on the cemetery (Temple Cemetery, Fulton County, IL) where many of my ancestors are buried.  I was so very fortunate to still have my grandmother living at the time and her memory was rock solid.  I would often take census information, pictures, tombstone information to her and ask her what the connection was between people; what was their story.  The answers she gave me were priceless.  She had stories about people in the neighborhood, family connections, and some downright juicy gossip at times.  We marked the names of family members on the back of old photographs so I could later remember who they were.  I wanted to tell their story.

So, on those evenings when you’re tired of reading, watching television or cooking, take paper in hand or laptop on lap and write down your story.  Tell the details of what your life was like as a child.  Did you have chores? What were your siblings like when they were little?  Who was your favorite teacher?