As July 4th nears, I began thinking about the word “independent” and what definition I would use in this blog.  Obviously the Fourth reminds one of the independence of the American spirit as we became a new nation, but independent can also categorize people.  An individual can be less dependent on others.  They can carry an independent spirit or they can struggle to keep their independence as they age.  All these definitions can be used here.

Amelia (Emma) Jane Harrison was born March 21, 1868 to Robert William Harrison and Eleanor Senate Lawrence.  She married George Smith, who was five years her elder, in 1888 and during the next 23 years she gave birth to six children.  Her third child, Jessie Eleanor, was my grandmother making Emma Jane Smith my great grandmother. 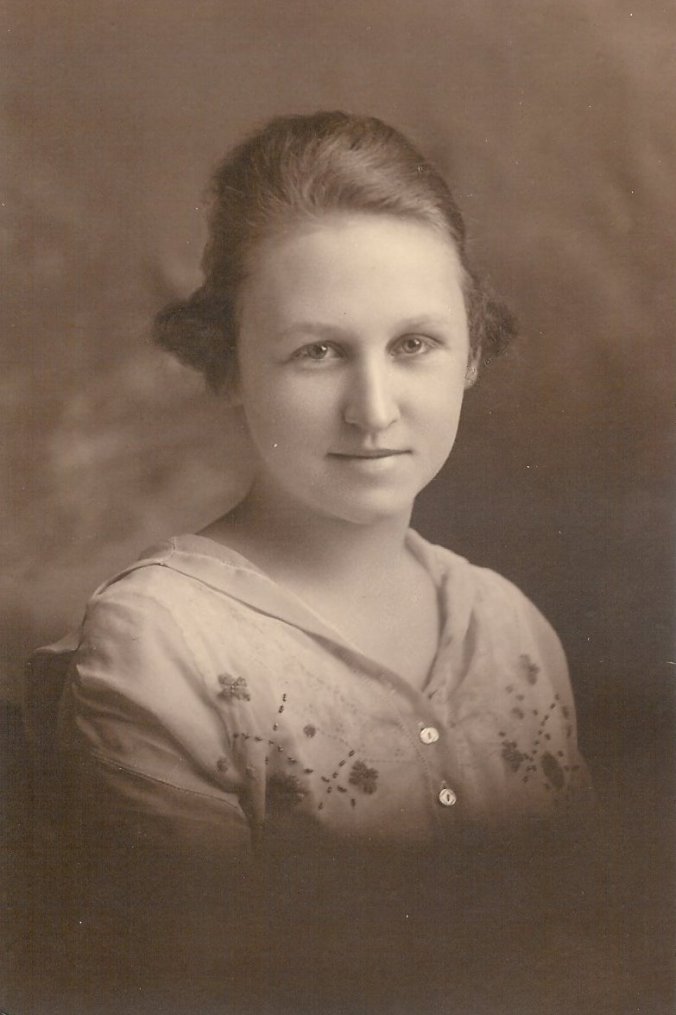 Grandma Jessie always talked about her mother as a hard worker and the industrious type.  One could imagine how busy Emma Jane was running a household with six children.  Grandma’s father, Great Grandpa George Smith had a tendency for heading to town with her egg money at times to visit the tavern.  Keeping their head above water probably also made Emma Jane an independent woman.

Emma Jane’s father, Robert, died when she was only 22. She had given birth just a few months before to their first child, Blanche.  Emma’s mother, Eleanor Harrison, died when Emma was 54; her husband, George, died when she was 63 in 1931.  Emma lived until the ripe age of 85 and died November 20, 1953.  During her later years, she sometimes lived with my grandparents (John and Jessie Smith Yess).  She was used to doing something of worth every day and when her health and eyesight were no longer what they had been, she still felt the need to contribute to the daily housework at Jessie and John’s house.  Grandma Jessie would take newly-cut out tea towels and have her mother hem them each day.

My mother, Sharon Yess, recalls watching her grandmother, Emma Jane, carefully hem the tea towels each day.  She also remembered watching her mother, at night after Emma had gone to bed, unhem the tea towels. The unhemmed towels were put back in a stack for stitching the following day.  In this way, Grandma Emma contributed to the housework in her mind and still felt some independence or worth.

.  Obviously our facial characteristics can be inherited too. As I loaded pictures of myself, my mom, my grandmother and my great grandmother, I was struck by the fact we all look quite a bit alike.  That must be what “Independent Spirit” looks like.